A steroid hormone can actually interact with muscle tissue and force positive changes to take place from within.

Cytomel (and T4) bodybuilding cycles are almost always engineered purely around fat loss, and that’s completely understandable given its character traits; but what if T3 and T4 could actually help to enhance your muscle mass too?

Before we get ahead of ourselves, let’s point out that this theory has given rise to a thought process whereas people often ask “is cytomel a steroid?”, owing to its rare inclusion as part of a plan to help enhance lean tissue mass. T3 and T4 are not steroids. They are thyroid hormones, and steroids are steroid hormones. The two work very differently within the body.

Consider this: we previously stated that triiodothyronine (the “usable” thyroid hormone) enters the various organs of the body where it then impacts metabolic function>. Metabolic function is about more than burning fat effectively – it’s also about effective nutrient uptake. Now think about how this may apply to the muscles themselves – should triiodothyronine enter the muscle cells and work its “magic”, this means that the cells themselves are going to be capable of bsorbing nutrients more effectively.

When nutrient optimisation within the muscles is at a peak, this means that every aspect of muscular functionality is at a peak too. The muscles are able to repair, grow and sustain themselves effectively (or more effectively) through the integration of T3. This may come as somewhat of a surprise considering the catabolic association some users have with these compounds, but they genuinely can positively impact the infrastructure of the muscles and enhance one’s physique. 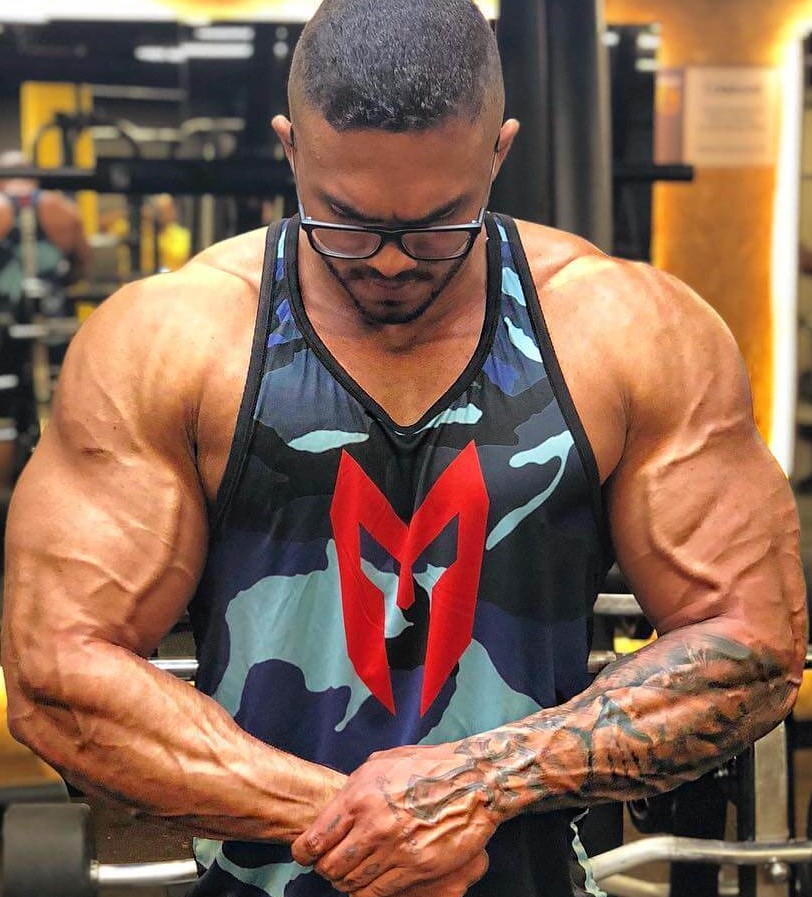 How Would This Apply To A Cutting Phase?

When integrated into a cutting phase, T3 and T4 will advance fat burning (as you already know), but another hidden benefit is that they can greatly contribute to muscle sustenance too. As previously stated, it’s all going to be about your nutritional practices – if this aspect isn’t in check, then your muscle mass won’t stay in check either.

Provided you’re eating sensibly (in this instance, adequately), then T3 / T4 will actually allow the muscles to access the nutrients you are providing your body with more readily. This in turn will enhance your maintenance capacity in regards to lean mass preservation. It’s probably going to be difficult to get to grips with this concept initially considering the often considered “purpose” of these hormones, but science dictates that this “maintenance” boost is a bona fide guarantee when sensible nutrition is in place.

If you happen to be taking other substances (like anavar, for instance) that are tailored towards mass maintenance in their own right, then you’ll have a potent cutting cocktail in your hands. The key is balance – never take more T3 / T4 than you need to achieve your goal, and equally only eat as much as is needed to maintain your lean tissue with. We’ll soon explain how to do this, but for now keep these principles in mind.

How Would This Apply To A Bulking Phase?

Using T3 and / or T4 as part of an off-season cycle is almost unheard of. But it has, and can be done. This is an incredibly intricate and complex concept that is going to take a great deal of patience to perform successfully in practice. Even if you’re able to perform this process successfully, it’s worth noting that there may be equally as effective means of achieving your goal with more accessible compounds (viagra / cialis / growth hormone for example.)

Regardless, let’s assess the theory. Being that you can create a spike in metabolic activity within the muscles thus enhancing nutrient uptake with the use of “T” hormones, this means that you could actually improve your lean tissue gain potential whilst bulking by incorporating these items. The only problem with this idea is that the aim of a bulk is to gain surplus mass, which requires surplus calories. As such, you’d have to take into account the surplus thermogenic effect of the T3 and T4 you were using as this would burn through calories at an accelerated rate.

What you’d realistically have to do is incorporate several extra calories per day based on the enhanced metabolic spike offered by these hormones in order to make up for the advanced calorie burning potential on offer. This would go completely against most people’s idea of sensible cytomel / T4 use in that you’d actually be purposefully overriding the calorie burning benefit in favour of optimising the nutrient uptake capacity increase.

Interestingly, it’s worth noting that thyroid hormones are actually “designed” to attack adipose tissue. Whilst you could certainly counteract the extra calories burned through non exercise based (T3 / T4 specific) thermogenesis (see thermogenic), you couldn’t actually avoid having some positive impact on fat burning with the presence of excessive amounts of either thyroid hormone in your system.

What this means in theory is that you could actually continue to burn fat despite a high calorie intake, thus keeping fat stores at bay (as much as is reasonably possible when bulking) whilst maximising nutrient uptake and therefore muscle growth. This could lead to your excess fat gain being fairly minimal when compared to a normal bulking cycle, but you’d have to be acutely accurate in regards to your calorie intake to do this. 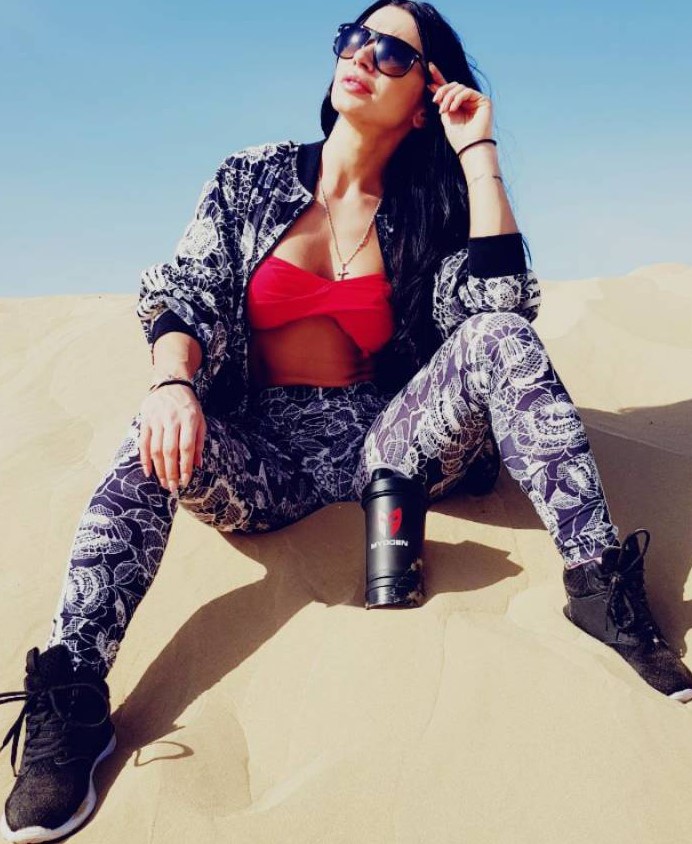 You then need to factor in the fact that T3 / T4 is going to have between a (theoretical) 17 – 21% impact on the metabolism in terms of increased non exercise based thermogenic effect. It would be wise to base your T4 figures on the lower end of the scale (17%) and your T3 figures on the higher (21%) end.

This means that you need to calculate the individual components above (for instance, if you ate 200 grams of protein per day and 30% of those grams were consumed by thermogenesis, this would mean that you “lost” 60 grams of protein per day) and add all of their thermogenic calorie totals together based on your specific daily intake (we’ll show you how to figure out your daily intake shortly.)

On a per gram basis, each nutrient is worth:

If you ate (purely for example) 80 grams of fat per day, this would yield a non-exercise based thermogenic fat calorie deficit of 21.6 calories (based on 3% of 720 calories which in turn is 80 grams x 9 in accordance with the 9 calories per gram value of fat.) And lastly, if you ate 200 grams of carbohydrates, you would have an 80-calorie non-exercise based thermogenic carbohydrate calorie deficit based on 10% of all carbohydrate calories consumed through thermogenesis at a value of four calories per gram.

When using T3, you would then figure out what 21% of this number was (71.73 calories per day in this instance) in order to ascertain how many (in a worst case scenario) calories you’d need to add back into your diet (on top of the 341.6 figure) in order to counteract the calories lost via non exercise based thermogenesis.

When using T3, If you found that the lean mass figure was steadily increasing every week whilst the fat figure was either maintaining or increasing marginally (it may even reduce but this would be almost completely impossible unless you were very genetically gifted / mesomorphic in body type), then your calculations would be roughly perfect.

Once this happened, you would then immediately cease to add further calories until you again hit a plateau, in which case another 20% increase would be warranted. When using T4, you’d follow the exact same procedure, though your starting calories would of course be lower as your starting percentage would be 17% of all non exercise based thermogenic calories consumed instead of 21 % as per T3. 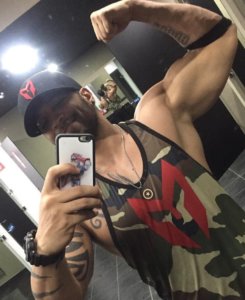 In either instance, it’s worth noting that if you were both gaining fat and muscle at an accelerated rate, this would be fairly par for the course on a bulk (depending on the product you’re using of course) and shouldn’t be too much of a point of concern. This would indicate that your calorie excess was perhaps a little “too” healthy.

Bear in mind also that one hour’s worth of resistance training burns roughly 180 – 200 calories – you’re going to need to factor this into your overall calorie expenditure over the course of a typical day too. This section has so far related primarily to extra calories burned through exercise and non-exercise based thermogenesis whilst using T3 and T4, but these extra calories need to be built on:

The surplus would be needed in order to guarantee muscle growth. If for example purposes your BMR was 2,000 calories, you’d then need to add 300 on top of that. Onto your 2,300 total, you would then need to add your total number of non-exercise based thermogenic calories (which in this instance would be 413.33 with T3 integration, or 399.6 with T4 integration.

On top of this (only on the days you performed exercise) you would then need to add a further 200 calories. So in total, with the integration of T3 your total starting daily calorie requirements for bulking purposes would be 2913.33, and with T4 integration it would be 2899.6.

You probably think this sounds complicated – that’s because it is. Using viagra or cialis would actually enhance your nutrient uptake capacity, as would most typical steroid options as a result of enhanced blood flow (one or two of which you’ll no doubt be using on cycle.) The enhancement on offer by T3 or T4 is only going to be marginal at best, which begs the question: why would you go through this much trouble?

In answer – it would merely be in the pursuit of a potential increase in nutritional optimisation of between (theoretically) 1 – 2%. You might not even see a benefit. Some people (especially at a professional level) are going to deem this marginal increase to be worth it. They’ll rationalise that it could provide the edge they need to beat other competitors.

If this is your belief – credit to you for your willpower. Please bear in mind though that if you want to integrate T3 or T4 with as much accuracy as possible, you’ll need to follow either the procedure outlined here, or one of similar accuracy, should you simply throw either “T” hormone into the mix whilst bulking in an uncalculated fashion.