The History Of Thyroid Hormones 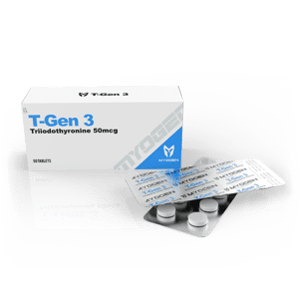 The History Of Thyroid Extract

As with many other exogenous hormone varieties, intravenous thyroid treatment did not start with the integration of synthetic hormones – this is simply because for a considerable amount of time they did not exist.

It was during the late 1800’s that external means of applying thyroid hormones were first administered in the form of thyroid extracts. These extracts contained both the T3 and T4 hormone varieties.

When we say extract, we’re not talking about the kind of extract you’d buy over the counter i.e green tea or grapefruit extract. We literally mean the extracted and liquified content of the thyroid gland itself. As such, it would have been impossible to separate the hormones.

This was the only means available at the time of transferring any external hormones into the human body – the same process was used for instance during the transfer of testosterone and growth hormone (before people knew these substances by their “officially” provided names.)

In the latter instance, the exact contents of the testicles were administered to patients. Typically speaking though, hormonal extracts were (at the time) sourced from the endocrine glands from the cadavers of both animals and humans.

This rather archaic form of “hormone” therapy was the precursor to the synthesised and highly sterile administration procedures we see today.

Considering the lack of the knowledge and scientific engineering at the time, it’s quite remarkable that any discerning links were made between the contents of certain components of the body and their effect on human functionality at all.

Synthesized variants started to take shape in the 1950’s whereas the medical community “did away” with these extracts (for fairly obvious reasons in hindsight) and started to consider means in which they could independently produce and integrate these hormones into treatment plans.

It wasn’t until the 1980’s (1981 to be precise) when the first synthesised (lab produced) form of thyroid hormone was actually administered to a patient who was suffering from a condition known as myxedema (a skin condition related to hypothyroidism.)

Being that the initial “official” application was rooted in a somewhat “uncommon” condition, it’s safe to say that perhaps the “T” hormones and their true functionality probably hadn’t been extensively explored at this point.

When positive results ensued as a result of this first application, further testing occurred and we then found ourselves with the first fully commercial medical grade variants of synthetic thyroid hormones in the form of T3 and T4.

Ever since, these hormones have seen widespread circulation in the medical field for utilisation in treating an umbrella of thyroid issues, though hypothyroidism and hyperthyroidism remain the two most prominent applications of treatment.